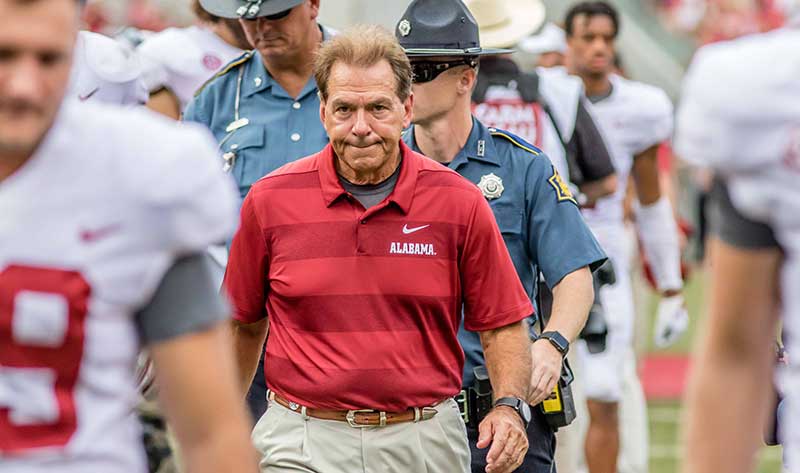 Franks traveled but did not play in Saturday’s 50-48 loss to Missouri because of a lingering rib injury from Arkansas’ 27-24 loss to LSU. Arkansas backup KJ Jefferson quarterbacked the Hogs in Columbia, Mo.

Morgan, the nation’s leading tackler and a Butkus Award finalist for the nation’s best linebacker, injured a knee during the third quarter at Mizzou. The senior from Greenwood had to watch on crutches in the fourth quarter when the Tigers scored 27 points and won with a field goal on the game’s last play.

“Grant’s a leader for us, obviously he has not been able to practice, yet,”Pittman said. "We have a lot of confidence in (backup middle linebackers) Hayden Henry and Andrew Parker and those guys. They’ve been practicing this week. So I think we’ll be fine there regardless of whether he plays or whether he doesn’t. You lose a lot of tackles, you lose leadership. You certainly don’t want that to happen, but if he’s not able to play, well then, we’ve recruited other linebackers and we’ll go in there and I know they’ll play hard.”

KJ MORE THAN OK
If they could fill Morgan’s shoes as Jefferson did Frank's at Missouri (18 of 33 passes for 274 yards and three TDs plus a rushing TD), the Razorbacks might compete against the best offense in college football.

Franks, the graduate transfer difference maker, has taken last year’s 0-8 SEC Hogs without him to 3-5 in his eight starts with him. Arkansas easily could be 5-4 given an egregious officiating error that allowed Auburn to kick a 30-28 game-winning field goal after officials voided what should have been Arkansas recovering an Auburn fumble. Another Arkansas voided fumble recovery raised eye brows against LSU. Franks and Jefferson practice like either could start against Alabama.

“Feleipe has practiced,” Pittman said. “We’re still working to see how he’s feeling. He’s done a nice job of practicing but he’s not 100 percent. We’ll continue to practice today (Wednesday), tomorrow, and it’ll give him time to heal up a little bit more. Then we’ll make a decision game time on what we’re going to do at quarterback. Is there a potential for us to play both of them? The answer would be yes, assuming that Feleipe can play.”

Pittman then said it’s not just potential but a definite both would play Saturday, if Franks can go.

“If Feleipe plays, will KJ have the opportunity to play?” Pittman asked rhetorically. “Absolutely.”

SABAN CITES BOTH
Saban said the Tide faces a tough task against Franks, Jefferson or both.

“I think both guys do a really, really good job,” Saban said. “He [Jefferson] played well against Missouri last week. Really executed the offense well. The guy’s athletic. He’s a big, strong guy and he threw the ball effectively and threw it well. And I think Feleipe (155 of 280 for 2,017 yards with 17 touchdowns vs. four interceptions) has played really, really well all year long. He’s been effective as a passer and he’s extended plays and run when he’s needed to run. So I think both have done a really good job when they’ve gotten opportunities.”

Alabama features another Heisman Trophy candidate in receiver DeVonta Smith (80 catches for 1,305 yards and 15 TDs) and a 1,000-yard running back with Najee Harris amassing 1,038 yards and 20 TDs on 169 carries.

Asked if he were a Heisman voter which Alabama star would get his vote, Pittman praised them all but then said none of the above.

“If I was going to vote for the Heisman for Alabama, I'd vote their entire offensive line,” Pittman said.

However, the Hogs come off their worst defensive performance of 2020 and face the nation’s best offense in Alabama.

“I thought we were over the Missouri loss on Monday,” Pittman said Wednesday. “I thought we had a very good practice, a spirited practice. However, yesterday (Tuesday) for whatever reason, I didn’t feel like the practice was very good. Certainly we addressed it with our coaching staff and our players, and I’m anticipating a very good practice today. We’ve got to get over it. I think we have. We better because we’re playing a really, really good football team on Saturday.”