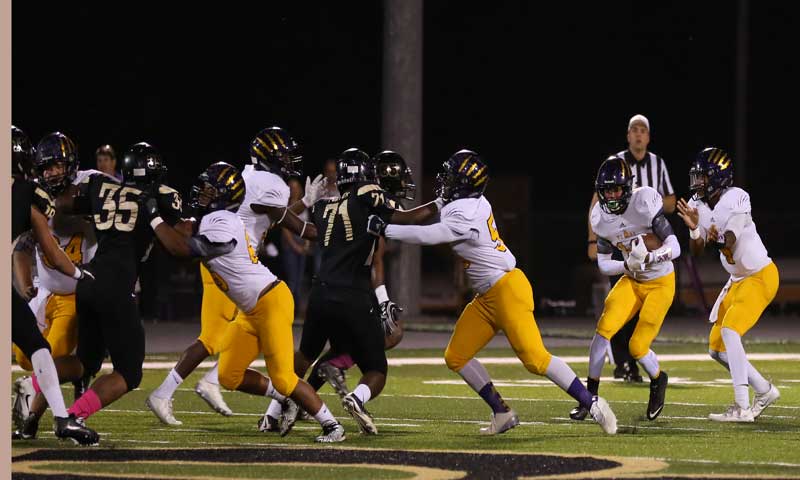 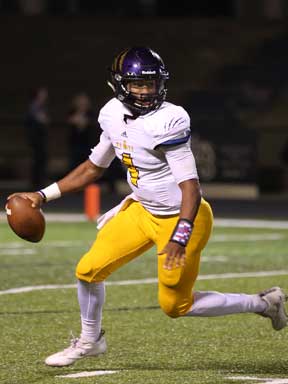 Most native Arkansans can't tell you much about Ashdown.

A few can because of Domtar, a Canadian-based pulp and paper manufacturing company that employs almost 1,200 people in Southwest Arkansas. It's also home to one of just three Wells Fargo Banks in the state (Wells Fargo is the second-largest bank in the world).

The easiest way to reach Ashdown is to travel north from Texarkana up Highway 71, slicing through parts of extreme east Texas.

College recruiters have no trouble spotting the talent on the football field in this blue-collar town of fewer than 4,600 residents. Ashdown dresses fewer than 40 players, but 20 percent of them should play college football.

This isn't the first time Ashdown has produced multiple Division I players in a season. Robbie Buckner signed with BYU in 2006, while teammate Dee Williams signed with Butler County Community College before eventually spurning Arkansas for Tulsa. And former Panther linebacker C.J. Gooden is a junior at Tulsa.

This year's star-packed roster includes senior receiver/safety Montaric Brown (6-2, 185), who put Ashdown recruiting on the map over the past year. Brown was named a U.S. Army All-American earlier this season.

He racked up 122 tackles and intercepted five passes last fall as a junior, returning three interceptions for TDs. Brown then turned heads at combines in the winter and spring with 4.4 speed. This fall, Brown rarely leaves the field for Ashdown (7-3), which travels to Ozark in the first round of the playoffs this week. Brown has more than 50 tackles and two interceptions in 2016. Both interceptions came Week 2 against Hamburg, “and no one has thrown at him since,” Ashdown coach Matt Richardson says.

While he hasn't been as dominant on defense as last year, Brown has emerged as a key weapon for Ashdown's offense, which averages 33 points per game.

He has 45 catches for 705 yards and six TDs this fall, and averages 27 yards per carry. Brown hauled in a career-high nine passes for 110 yards in his first varsity start at receiver against Monticello, and two weeks later snagged four passes for 80 yards against Hamburg. He caught six passes for 114 yards against Malvern and eight for 135 yards against Nashville.

Brown isn't Ashdown's only Division I player in the secondary (all four starters own Division I scholarships). Senior safety Tajhnick Bishop (6-1, 175) committed to UL-Monroe in the summer. Bishop has racked up more than 50 tackles this fall, and the converted QB compliments Ashdown's stout receiving corps. Bishop has 45 receptions for 554 yards and seven TDs this year.

Junior running back/cornerback Tre Green (6-0, 180) owns a scholarship offer from ULM. Green (in top photo by Rhonda Sharp), a converted outside linebacker, is one of Ashdown's better players against passing teams. And he's a playmaker on offense, logging 117 carries for 828 yards and 10 TDs. Green also 21 catches for 421 yards and three TDs. “He goes fast from sideline-to-sideline, then gets up field just as quick,” Richardson says.

Junior LaDarius Bishop (6-0, 180), Tajhnick's cousin, owns scholarship offers from Baylor, Oklahoma State and others. Bishop, a receiver/cornerback, has drawn interest from Arkansas and other SEC schools. He has 19 receptions this season for 401 yards and four TDs. On defense he intercepted one pass and blocked two field goals.

“Their secondary is as talented as anyone we'll ever see,” Ozark coach Jeremie Burns says. “We've got to find a way to move the ball. They are so fast and physical.”

While Ashdown's has played stout defense for almost a decade, an improved offense is the reason the Panthers have seven wins this fall. “For the first time since I've been here, we can score on anybody,” Richardson says. “We have so many weapons.”

He passed for 181 yards and two TDs in a one-point win Week 4 against Mena. “He's one of the better quarterback's to come through this league in a while,” Mena coach Tim Harper says. "He has great accuracy and arm strength.”

Hill has thrown for at least 200 yards in five of the past six games. Hill (3.7 GPA) carved up Malvern in Week 6, completing 18 of 37 attempts for 389 yards and four TDs, and the next week passed for 372 yards and five TDs against Malvern.

He won't be forced to choose a college sport until next season, but Hill has told coaches he wants to concentrate on one sport in college.

Hunter Jackson owns offers from Ouachita Baptist and Arkansas-Monticello, while getting preferred walk-on invitations from Arkansas State and Memphis.

“He's done the extra stuff to put himself in this position,” Burns says. “He dedicated himself in the summer to the weight room and has put in a lot of work on his technique.”