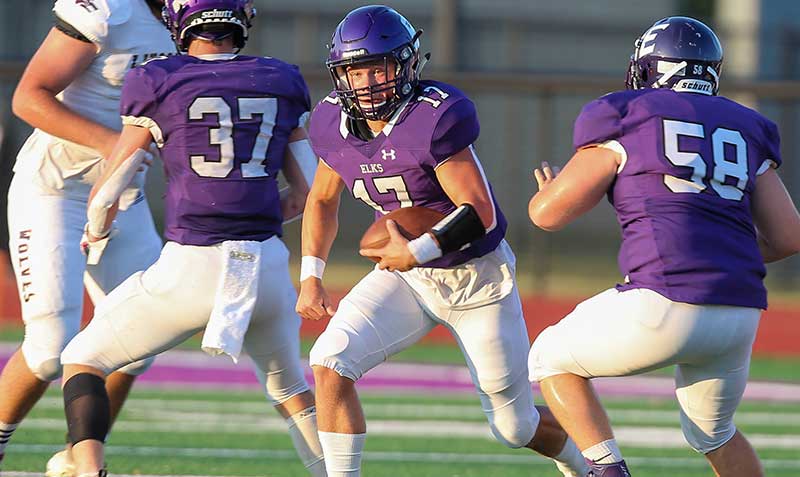 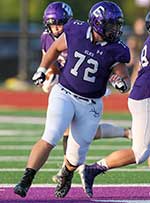 Undefeated Elkins eyes its best start in more than 20 years Friday when it plays host to Class 4A No. 1 Shiloh Christian.

Elkins has captured one league title in the past 15 years, but it has smashed six opponents this fall by an average of 53-13.

Johnson (3.8 GPA) has impressed even more this fall, passing for 925 yards and running for almost 700 yards, despite not playing in the second half of four games. In the first half of last week's 63-8 win at Green Forest, Johnson completed nine of 11 passes for 205 yards and four TDs, all to different receivers.

Elkins freshman Gunner Casebolt (6-0, 195) promoted to the varsity over the summer “and could play in college,” Hutson says. Casebolt has started every game at middle linebacker this fall. He ran for 84 yards and a pair of TDs in the first half against Green Forest.

Senior running back Cam Weidemann paces Shiloh Christian this fall with 65 carries for 558 yards and 15 TDs. Weidemann ran three times for 70 yards and a pair of TDs in last week's 58-21 win over Gentry.

Junior Kaden Henley (6-2, 225) could emerge as a Division I linebacker. Henley, whose dad Ashley coordinates Shiloh's defense, paces the Saints with 63 tackles, including nine tackles for loss, one interception and two fumble recoveries. Henley started for Class 6A Lawton, Okla., as a freshman (109 tackles). “He's physical and runs to the ball,” Conaway says.

Sophomore Eli Wisdom (5-11, 175) won Shiloh's QB spot in the summer and has already developed into one of the state's better signal-callers. Wisdom has completed 61 of 103 passes this fall (60 percent) for 971 yards and nine TDs. The versatile athlete (4.6 speed) has logged 60 carries for 663 yards and nine TDs.

In his first varsity start, Wisdom ran for 131 yards and a TD and threw a TD pass in a 47-14 victory over Pea Ridge. The next week, he engineered a 34-28 triumph over defending Oklahoma Class 4A champion Poteau by completing 10 of 18 passes for 133 yards and a TD and by running for 82 yards and two TDs. In his first conference game, Wisdom completed six of nine passes for 98 yards and ran for two TDs before coming out in the the second quarter of a 63-7 blowout of Berryville.

“He’s the most dynamic sophomore I’ve coached,” Conaway says. “He has incredible speed and explosiveness. He also has a big arm and can make any throw on the field. He’s the most complete dual-threat quarterback I’ve ever coached.”