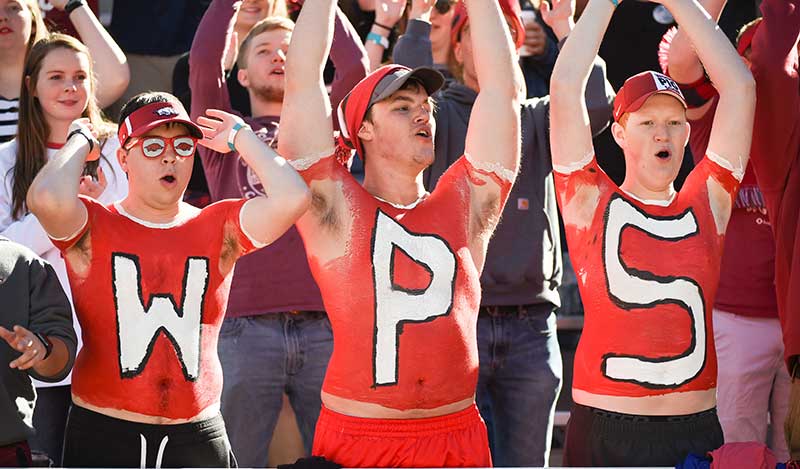 FAYETTEVILLE - In the three games Arkansas head coach Chad Morris has used two quarterbacks, the better performances have come from the backup.

Hicks started but was relieved in the second half by the more effective Starkel five weeks ago in a 31-17 loss at Ole Miss.

In the last two games, 31-27 and 24-20 SEC losses to Texas A&M and Kentucky, Hicks proved more effective replacing an injured Starkel vs A&M and and ineffective Starkel late in the third quarter at UK. Starkel ranks 88th nationally and 10th among 12 SEC quarterbacks with a pass efficiency rating of 124.1. Arkansas ranks in the middle of the SEC for passing offense, averaging 262 passing yards per game.

Morris has alternated both this week on the first unit in practices and did not designate a starter during Wednesday morning’s SEC Coaches/Media teleconference.

“Yeah, everything is a possibility at this point,” Morris said. “I know yesterday was a really competitive day on not just offense. It was defense. It was one of the better days we’ve had. So it was great to see the energy level with our players and staying through the process. I think our quarterback (situation) that we’ve got going on right now in practice has been very healthy. And yes, I would be open to the guy, whoever we play and start, if it doesn’t go as planned to bring the other guy off the bench. I think both have proven they’re in a comfort level to do that.”

“Haven't named a starter and probably not going to until the end,” Morris said. “They both had a really good day yesterday. Good competition. My challenge to them is consistency. That's what we've got to have. I think Ben has done a good job coming in as a reliever, and I've shared that with him. Nick came in as a reliever and did a good job, too. I'm not having a problem if I put one on the field and have to bring somebody off the bench to be a reliever so to speak and get us going. They have done that.”

Morris said Starkel was honest when the coach asked about his performance during Saturday’s third quarter before he was replaced by Hicks.

“He said, Coach, I just don’t know why I’m not hitting the passes,” Morris said. “It was just one of those, ‘Golly, I’m not on tonight.’ But you know, he comes back to work, and he gets after it. You admire someone like that. He’s not the first quarterback I’ve had that’s not on that (game) night, and he won’t be the last.”

“I think they've got two guys who can get the job done,” Malzahn said. “They've got the luxury if a guy isn't doing great they can bring the other guy in. The backups really gave them a spark. Our approach is we're expecting to see both of them, and that's happened a few times this year.”

Colton Jackson, the senior left tackle from Conway. practiced Tuesday for the first time since his concussion from the Texas A&M game. Jackson practiced again Wednesday and is fine for Saturday’s game, Morris said.

Although they were in green limited practice jerseys Tuesday, Morris went into Wednesday’s practice believing running back Rakeem Boyd, injured shoulder during the Kentucky game, and “banged up” safety Joe Foucha will play Saturday.

Foucha practiced Wednesday, while Boyd was limited in a green jersey. “All three will play,” Morris said of Boyd, Foucha and Jackson.

“Since losing by 14 at Ole Miss, Arkansas lost by seven (31-24) to San Jose State and lost by four to Texas A&M and to Kentucky.

“Disappointed that we keep putting ourselves in position to win games and 20 yards away and just unable to find a way to win,” Morris said. “We’ve got to be able to do that. But we’re back in here on Sunday and had a really good work week and are excited to get back in our home stadium, back in front of our home fans. We’ve got a lot of things going on this weekend. A lot of recruits on campus and we’re honoring Darren McFadden (the former two-time Doak Walker Award and two-time Heisman Trophy runner-up 2005-2007 Razorbacks running back)  and his Hall of Fame induction, and the 1969 and 1989 teams. So a lot of things going on.”