RECRUITING: Class 5A No. 6 Greenbrier 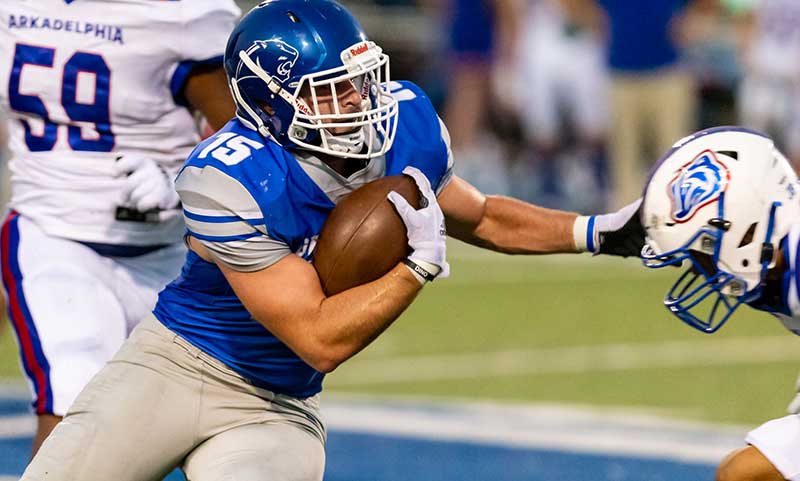 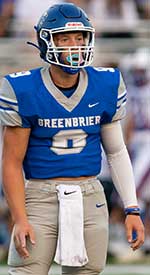 By BARRY GROOMES
Greenbrier's football tradition was almost non-existent before Randy Tribble took over as coach in 2008.

But last week's 45-21 victory at Harrison likely rates as the most impressive in 14 years under Tribble. The (Class 5A No. 6) Panthers (6-0), who jumped to a 45-0 lead in the second quarter, ended Harrison’s four-year stranglehold on the 5A West.

“We thought we could win, but it would be close,” Tribble says. “Our offense executed extremely well.”

Greenbrier's explosive receivers complement Wilcox. “They make things easier for all of us, from Cooper to the coaches calling plays,” Tribble says. “Any of them can make a big play at any time.”

Against Harrison, Strack hauled in three balls for 88 yards and a TD, while McElhaney took his only catch 63 yards for a TD. McElhaney clocked 10.89 in the 100 meters last season, ran 4.41 at the University of Arkansas Prospect Camp in the summer and “is the fastest player I've coached,” Tribble says. Tribble expects both players to get D2 offers.

Senior inside receiver/inside linebacker Jacob Mathis (5-11, 190) “is an awesome blocker,” the coach says. “He's the point man for our run game.” Mathis has caught 10 passes this year for 182 yards and four TDs. At linebacker, he has logged 35 tackles. Hendrix has evaluated Mathis.

Senior Nick Huett (5-11, 210), Greenbrier's leading tackler at inside linebacker (39 stops) and second-leading rusher (439 yards, five TDs), “is an excellent high school player,” the coach says. “No doubt he could play in college, but I don't think that's the direction he wants to go.” Huett (#15 in Tommy Land photo TOP), who scored 33 on the ACT, maintains a 4.1 GPA and “will be a superstar academically in college.”

With Tribble trying to squelch conference title talk, the Panthers play host to Pea Ridge (4-1) this week and Farmington (5-1) the next. A potential league championship showdown looms Week 10 with Faulkner County rival Vilonia.

“Our goals are to win the next game,” Tribble says. “We mentioned being 6-0 after the Harrison game, but by the time we hit the locker room we, at least the coaches, were already thinking about our next game.”