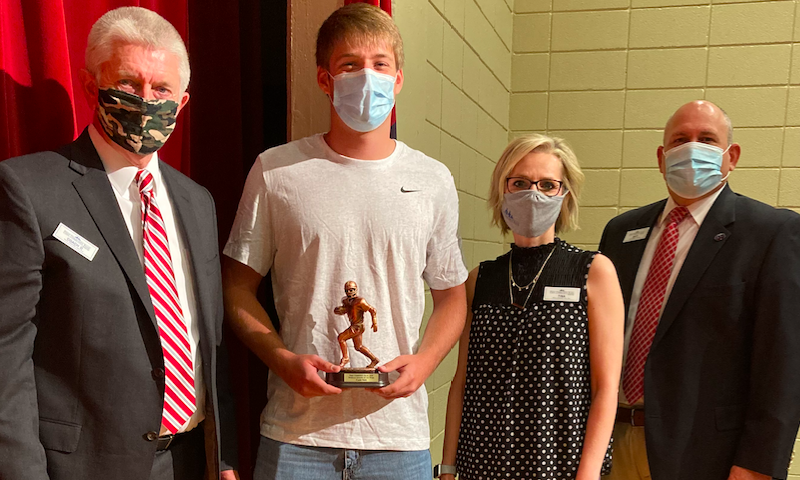 “Caden doesn’t compartmentalize his life to say I’m going to give effort here and not here,” Coach Neil Evans says. “He is the guy who sits with someone who doesn’t have anyone to sit with in the lunch room. He always looks you in the eye, has his shoulders back, is upright, and it’s always ‘yes sir’ with him.”

“My parents have always pushed me, and that’s something I’ve been blessed with in my life,” Sipe says. “They want me to pursue my dreams athletically but also do the best I’m capable of in school.”

The Wildcats, again ranked No. 1 in Class 3A by hootens.com, recently voted Sipe team captain for a second straight season.

First Community Bank is a locally owned and operated bank with 27 locations in Arkansas and Missouri.