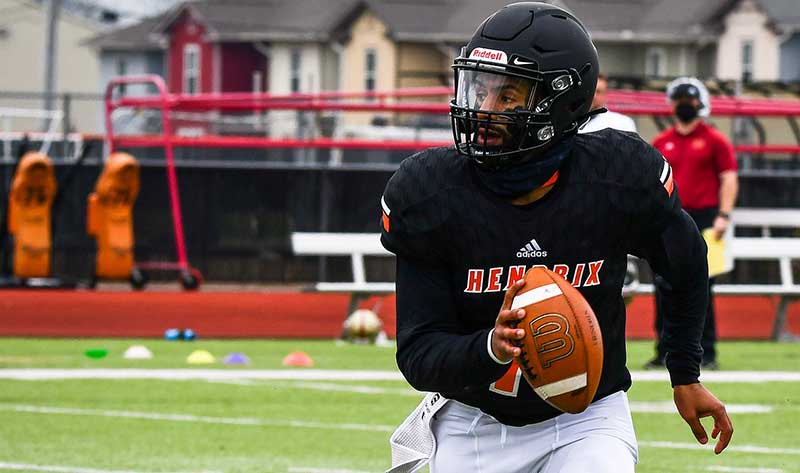 Berry QB Gavin Gray earned SAA Offensive Player of the Week honors twice this season, including last Saturday when he completed 19 of 32 passes for 209 yards and two touchdowns in a 18-17 overtime win over Centre (Ky.). Berry's defense, traditionally one of the league's best, allows 15.6 points per game this spring.

“Berry is well-coached, doesn't miss tackles or give up big plays,” Hendrix coach Buck Buchanan says. “They don't make mistakes and are great at capitalizing on opponent's mistakes. It’s gonna be a good game. We've got to play our best and act like we own this state.”

“Since we knew we were going to have a condensed season, we wanted to do something for the boys, especially the seniors,” says Buchanan, who presented the weekend idea to league coaches last summer. “(Arkansas) was the place where teams from both divisions could drive to rather than fly. It’s an opportunity to get our teams together and give them something they can remember after a tough year.”

General admission tickets are $15 for adults, $10 for senior citizens (55 and older) and students. Children six years old and under are admitted free. Arkansas Activities Association and Arkansas Football Coaches Association passes will be accepted. Parking is $5 (cash only). Fans enter through Gate 7 only.