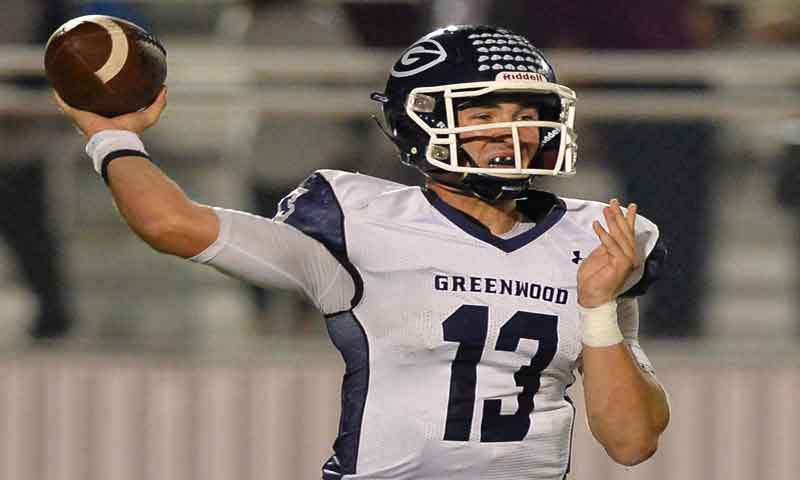 FAYETTEVILLE - Coach Chad Morris says the eight players Arkansas added Wednesday to go with the eight who inked in the early signing period would be a recruiting class he wanted, even if he'd had more time.

“These 16 guys right here are valuable to the success of our program moving forward." Morris says. "When we reflect on this class over the next two to three years, I think you'll realize their impact. I’m excited. I would take these guys all day.”

SIGNING DAY COUPS
Getting linebacker Parker, who committed to Arkansas but got such a strong push from Texas that it was speculated he might flip on signing day, was a Wednesday recruiting coup.

“Andrew was a sought after young man,” Arkansas recruiting coordinator/cornerbacks coach Mark Smith says. “Those are the kind of guys we want to recruit, those who have an interest from a lot of different schools. At the end of the day he had a comfort level about us and our staff and being here and so did his family.”

Foucha, who had not committed during the courtship by Arkansas and Ole Miss, was a coup to go with Mason in the secondary.

“To get Joe was critical,” Morris said. “And Myles, that guy leaves a mark when he gets there. I anticipate both of these young being able to come in here and make an immediate contribution.”

NO STARS, NO PROBLEM
Morris chose only to sign 16 but says: “We're not done yet. We'll potentially have a few more,” and because lone 4-star recruits Noland and Pool were signed in December, the Razorbacks Wednesday didn’t create a national or even SEC high rankings.

Morris maintained he’s unfazed whether his recruiting ranks high or low with the recruiting services and those putting the number of recruiting stars by which they rate prospects.

“Zero,” Morris replied to a question if he relied on number of recruiting stars associated with a recruit. “Absolutely none. I don't care what other people think of other programs. I care about our program. What excites me is the fact that what we can do as we build this program up. Are we a better football program right now than we were 61 days ago? And the answer to that is yes. And that's the only thing that matters to me is, 'Are we going to get better today?' And we are. We signed eight guys that are going to make a contribution to this football program added to the eight in December and those 16 guys are going to come in and they’re going to make people uncomfortable.” They're going to push people that maybe have gotten comfortable on this roster. When you get that, you've created some competition.”

“The thing that really intrigued me about John Stephen is the guy is a winner,” Morris, who coached high schools in Texas for 16 years, said. “When you are playing in that league and at that level and you put the numbers up that you put up and you are able not just to compete but to win back-to-back state championships, that says enough.”

MORE LINEMEN NEEDED
Morris touted  the offensive line potential of Gatlin and Winkel with Robinson and even with them said the linemen numbers must increase offensively and defensively even with Alexander added to Nichols, Ferrell and Fulwider.

“We signed some big offensive linemen and I’m excited about them,” Morris said. “Defensively we were able to sign four linemen and we’re hoping to get a couple of more. We need depth in the D-line to be successful, to build that defense back up.”