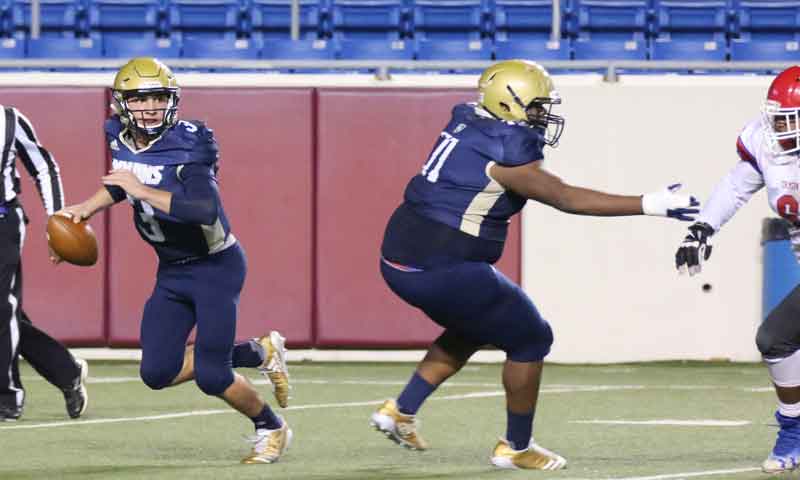 On the defensive side, Page was an all-state selection during his high school career when he piled up over 160 tackles, nine tackles for loss and 14 interceptions.

Hampton was a four-year varsity letterman who, like today’s other three high school signees, is listed a 3-star recruit by 247Sports.com.

Joining the Red Wolves as a College of the Canyons (Calif.) transfer was defensive end Noel Iwuchukwu, who earned 2017 First Team All-Southern California Football Association honors after recording 42 tackles, 8.5 tackles for loss and 2.5 sacks last season as a sophomore.

A-State announced 22 players as part of the class on the first day of the early signing period on Dec. 20. East Mississippi Community College wide receiver Kirk Merritt later joined the group as a midyear signee who will be one of four newcomers available for the Red Wolves’ 2018 spring camp.  Merritt most recently helped lead the Lions to the 2017 NJCAA nation championship and was named NJCAA All-Region 23 and MACJC All-State first team as both a wide receiver and kick returner as a sophomore.

The Red Wolves latest recruiting class, the fifth under Anderson, is now made up 17 defensive, 10 offensive and one special teams players.  The team put a large focus on its defensive line and secondary, signing 15 combined cornerbacks, nickelbacks, safeties and linemen for the most among any of the position groups.

The entire signing group, including eight players who were already on the team in 2017 but count towards this year’s class, is made up of 18 high school signees, seven junior-college transfers and three NCAA FBS transfers.   At least 22 signees were named all-state, all-conference or rated as at least a 3-star prospect by one of the major recruiting web sites, including Thomas Toki and Merritt, who were both a four-star recruits when they came out of high school.

The Red Wolves signed six players from the state of Arkansas, four from California, three players each from the states of Texas, Mississippi and Georgia and two from Louisiana.  A-State also inked one player from Alabama, Florida, Kansas, Illinois, Missouri and Oklahoma.

A-State has won five Sun Belt Conference championships over the last seven years and has produced 59 victories for the most in the program’s 103-year history over a seven-season span.  The Red Wolves also made their school-record seventh consecutive bowl-game appearance in 2017.