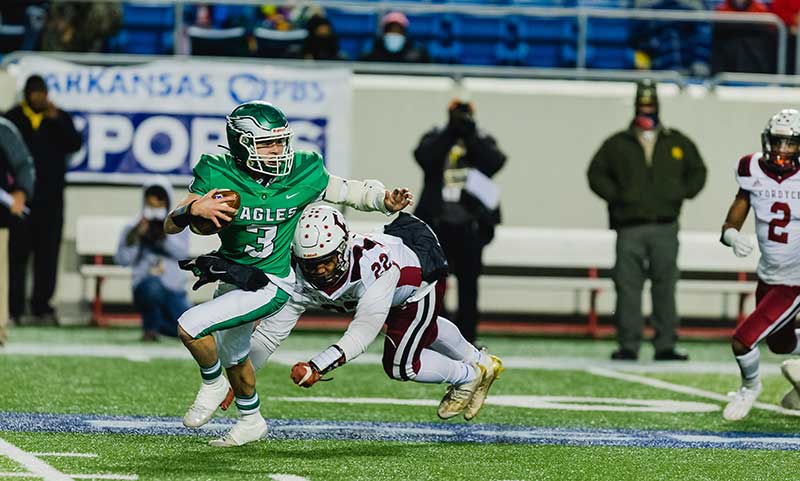 Division II football took the hardest hit from Covid-19, canceling its 2020 season due to the cost of testing and restrictions. The NCAA granted returning players an extra year of eligibility, which will limit the signing classes the next three seasons, too. Still, a wealth of in-state talent signed Wednesday with local D2s.

ARKANSAS TECH coach Kyle Shipp landed a pair of Gurdon Go-Devils, running back Jameson Threadgill and linebacker Armando Harper. Gurdon won conference titles two of the past three seasons and this fall lost to Fordyce 27-24 in the Class 2A semifinals. Threadgill, a finalist for the Farm Bureau Awards Class 2A Offensive Player of the Year, owned Division I offers from Army and Navy. He rushed for 1,483 yards and 24 TDs last fall, averaged almost 30 yards per catch and a jaw-dropping 44 yards per kickoff return. Threadgill played his best in big games, running for 225 yards and two TDs against rival Prescott, 209 yards and three TDs in the 5-2A title game win over Poyen and for 179 yards and a TD in the semifinals. Harper paced the Go-Devil defense with 79 tackles and forced two fumbles. He also scored six TDs while lining up at H-back/fullback. Ozark two-way lineman Lawsyn Jackson and linebacker Keystan Durning helped the Hillbillies advance to the 2019 semifinals and 2020 quarterfinals. Durning, a finalist for the Farm Bureau Awards Class 4A Defensive Player of the Year, collected 122 tackles and intercepted three passes. 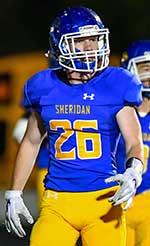 Fordyce QB Jaheim Brown headlines the first SOUTHERN ARKANSAS recruiting class under new coach Mike McCarty (hired in November). Brown triggered the Redbugs to consecutive state titles, and “no doubt about it, he was our leader,” Coach Tim Rodgers says. Brown passed for 1,902 yards and 26 TDs this fall, ran for 354 yards and seven TDs and recorded 51 tackles, six sacks and two interceptions at linebacker. Luke Morton from Des Arc, who quarterbacked against Brown in the 2A state title game, also signed with SAU. Morton (#3 in top photo by Tommy Land) played in the semifinals and championship game after dislocating his elbow. Morton projects to play in the secondary for the Muleriders.