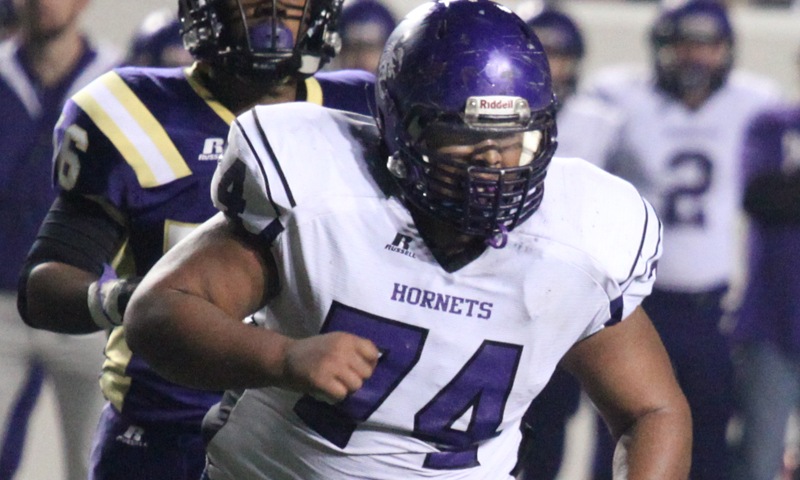 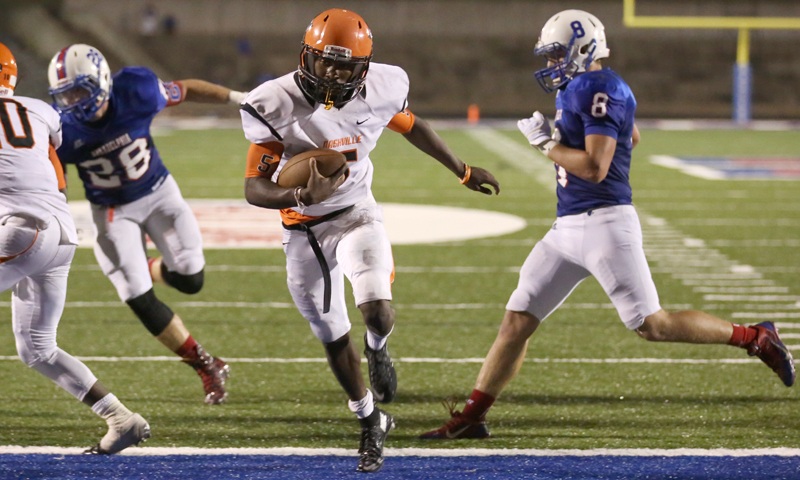 Nashville QB Leonard Snell signs with Henderson State
Either Henderson State or Ouachita Baptist has won every Great American Conference football championship since the league's inception in 2011. And the two schools in Arkadelphia continue to pluck some of the state's top high school talent.

More than 80 in-state players signed college letters of intent Wednesday with Arkansas' Division II schools, with Henderson State and Ouachita Baptist combining for almost half of the recruits.

Defending GAC champion Henderson State signed 19 players from the state, including a pair who led undefeated Nashville to the 2015 Class 4A title: linebacker Terrell Grundy (5-11, 200) and quarterback Leonard Snell (5-11, 170). Snell, the Farm Bureau Awards Class 4A Offensive Player of the Year, completed 110 of 230 passes for 1,869 yards and 17 touchdowns last fall, with seven interceptions. He ran 226 times for 1,904 yards (8.4 yards per carry) and 27 scores. Snell was named to the Arkansas Democrat-Gazette Super Sophomore team as a safety in 2013. Grundy made 93 tackles, 13 tackles for loss, six sacks and forced five fumbles last year. Grundy (300-pound bench press) also scored two TDs when inserted at running back in a five-point quarterfinal win at Warren. "Snell has great vision and can play a lot of positions," says Nashville coach Mike Volarvich, a former college assistant. "Grundy is powerful and a great hitter."

Springdale Har-Ber quarterback Fuller Chandler and Rivercrest running back Cecil Langston also signed with Henderson State. Chandler took the Wildcats to the 7A West title and a state runner-up finish. He completed 113 of 203 passes (56 percent) for 2,010 yards and 28 TDs. Langston, the Farm Bureau Awards Class 3A Offensive Player of the Year, carried Rivercrest to a runner-up finish in Class 3A, setting the state single-season rushing record with 3,211 yards and 35 TDs. Langston rushed for at least 400 yards in two games, setting a school record with 437 yards in a second-round playoff win over Episcopal.

Ouachita Baptist, winner of GAC titles in 2011 and 2014, signed almost 20 in-state players, including Pulaski Academy receiver Zack Kelley (5-7, 160). Kelley missed just two games last season after tearing his ACL in the summer, managing 86 receptions for 1,573 yards and 23 TDs. The two-time all-state performer caught 67 passes for 1,013 yards and 20 TDs in 10 games as a junior (missed four games with a broken shoulder).

Arkansas Tech gained a major late commitment, flipping Greenwood receiver Garrett Collins (5-10, 160) from Air Force. Collins played just nine games for the Bulldogs this year after moving back into the district from Oklahoma. He caught 21 passes for 393 yards and five TDs, and made 38 tackles playing in the secondary. The Wonder Boys also signed Benton quarterback Cason Maertens (6-1, 200), who passed for more than 1,600 yards in seven games (missed half of the season with a torn ACL), and Hot Springs Lakeside running back Colt Housley (6-0, 210).

Keiandre Purifoy (6-0, 190) from Smackover, the Farm Bureau Awards Class 3A Defensive Player of the Year, headlines Southern Arkansas' recruiting class. Purifoy racked up 124 tackles this fall, but projects at running back in college. Purifoy ran for 903 yards and 10 TDs this fall and for 808 yards a year ago. Pulaski Academy linebacker Corbin Witham (5-11, 185) and Hamburg cornerback Lorenzo Watkins (5-11, 170) signed with SAU. Witham recorded 109 tackles this fall, while Watkins made more than 40 stops. Watkins won the 110-meter hurdles (14.79 seconds) at the Meet of Champs in April 2015. "He's one of the premier shutdown corners in the state," Hamburg coach Cecil Ray Cossey says. Nashville defensive end Troy Thomas (6-4, 230) signed with SAU after making 54 tackles last year, including 10 tackles for loss.